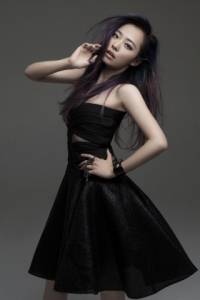 “The new programmes and activities that we’re announcing today offer Mobile Asia Expo attendees, particularly consumers from Shanghai, an even richer, more engaging event experience,” said Michael O’Hara, Chief Marketing Officer, GSMA. “Through new programmes such as the innovative “The Quest for Area 14” game, the Fitbit Challenge and Showcase Dialogue sessions, along with established elements like the Connected City, attendees will really have the opportunity to see how mobile is changing the way we work, live and play.”

The GSMA announced the first companies participating in the Connected City at Mobile Asia Expo, including BMW, CityZen, Fitbit, Huawei, KT, Qualcomm and Sequans. Through the Connected City, attendees will experience a real-world urban environment with mobile-connected products and services that can improve people’s daily lives across automotive, education, health, homes, retail and other applications. For more information, visit www.mobileasiaexpo.com/connected-city/.

In addition to its showcase in the Connected City, Fitbit is working with the GSMA to bring the Fitbit Challenge to Mobile Asia Expo. Fitbit’s best-selling products will soon be available across China, including the Fitbit Flex™ Activity and Sleep Wristband, Fitbit One™ Wireless Activity and Sleep Tracker, Fitbit Zip™ Wireless Activity Tracker and Fitbit Aria Wi-Fi Smart Scale. Challenge participants will use Fitbit devices to monitor their daily activity, share statistics and see the real impact that live personal data can have on activity levels. Prizes will be awarded to Challenge participants that record the highest number of steps. For more information, visit www.mobileasiaexpo.com/fitbit-challenge/.

The GSMA is launching “The Quest for Area 14”, a mobile game featuring augmented reality technology that will take players on a treasure hunt across Shanghai. Players download the app, which is available for both iOS and Android handsets, and follow clues that will lead them around the city and the SNIEC to “capture” treasures. Upon signing into the app, all players receive complimentary entry to Mobile Asia Expo; in order to be eligible for the game, players must be registered to attend the event. The game will be launched at the end of May and will run through the end of Mobile Asia Expo on Friday, 13th June. The winners of the game will receive prizes including mobile handsets, tablets, televisions and other consumer electronics.

New for Mobile Asia Expo 2014, the Showcase Stage will be situated on the exhibition floor and will feature device demonstrations, product presentations and a series of “Showcase Dialogues”, fireside chats with key opinion leaders and tech entrepreneurs focusing on topics such as mobile entrepreneurship and the evolution and impact of social media in China. ZTE has signed as a Supporting Sponsor for the Device Unlimited programme and will be presenting two sessions on the Showcase Stage.

Jane Zhang, a Chinese pop star and technology and social media enthusiast with more than 27 million Weibo followers, will appear on the Showcase Stage on Thursday, 12th June to share how her career and success have been influenced by social media. Mobile Asia Expo attendees will have the opportunity to hear Jane perform live and she will also present prizes to the winning players in The Quest for Area 14 mobile treasure hunt. For more information, visit www.mobileasiaexpo.com/showcase-stage/.

For a third year, the GTI Asia Conference is returning to Mobile Asia Expo, bringing together top executives of leading operators and industry partners to address opportunities and challenges in the 4G area. The conference will explore the critical cross-ecosystem strategies that will shape the future of the industry as the broad-scale commercial deployment of LTE continues to gain pace. For more information, visit www.mobileasiaexpo.com/gti/.

China Unicom will again be hosting its China Unicom International Partners Meeting at Mobile Asia Expo, with a half-day session taking place on the morning of Tuesday, 10th June.

The GSMA will host the first Shanghai New Pilot Free Trade Zone (FTZ) Workshop, an invite-only programme being held on 11th June. Shanghai’s new FTZ introduces a number of reforms designed to create a preferential environment for foreign investment, particularly in telecom services. In this workshop, FTZ officials will help attendees understand the new policies and regulations for telecom value-added services and the implications for companies doing business in Shanghai.

Mobile Asia Expo 2014 will feature China’s first international MVNO Summit, designed to address the key opportunities and challenges in the nascent Chinese MVNO market. The day-and-a-half-long programme taking place on 12-13 June will bring together key industry players to explore business models to facilitate the development of the MVNO market in China.

New presenters have joined the Innovation Labs and App Lab programmes. The Committee of Communications Industry Development, MOEA (CCID), Freescale Semiconductor, Ltd. and Peel will be presenting in the Innovation Labs, while GSMA OneAPI is the Platinum Sponsor for the App Lab and will present alongside Intel Security. For more information, visit www.mobileasiaexpo.com/featured-programmes/.

For Mobile Asia Expo 2014, the GSMA is launching the China Learning Expedition, an immersive, interactive, five-day programme organised by the Drucker School of Claremont Graduate University. Matt Pillar, a China business expert and Drucker Senior Fellow, and other presenters will offer attendees real-world observations on how to navigate the complex, fast-growing market and establish a platform for lasting success. For more information, visit www.mobileasiaexpo.com/china-learning-expedition/.

Get Involved at Mobile Asia Expo 2014

For more information on the 2014 Mobile Asia Expo including how to attend, exhibit or sponsor, visit www.mobileasiaexpo.com. Follow developments and updates on Mobile Asia Expo (#MAE14) on Twitter @GSMA, on Facebook www.facebook.com/mobileasiaexpo, on Sina Weibo http://weibo.com/maexpo or on the GSMA account on WeChat.

The GSMA represents the interests of mobile operators worldwide. Spanning more than 220 countries, the GSMA unites nearly 800 of the world’s mobile operators with 250 companies in the broader mobile ecosystem, including handset and device makers, software companies, equipment providers and Internet companies, as well as organisations in industry sectors such as financial services, healthcare, media, transport and utilities. The GSMA also produces industry-leading events such as Mobile World Congress and Mobile Asia Expo.